On January 21, 2016 Sarah Dickert, Caroline Malak and Madeleine McKenzie received an offer to partake in the redesign of Broyhill Commons located in Peacock Hall on Appalachian State University’s campus. The students worked under the advisement of Chelsea Helms from the Department of Sustainable Technology and the Built Environment and Kern Maas who served as the Associate Dean of the College of Fine and Applied Arts. Through the remainder of the 2016-2017 academic year, the interior design students worked to complete a design that would encompass the legacy that is the Broyhill family. 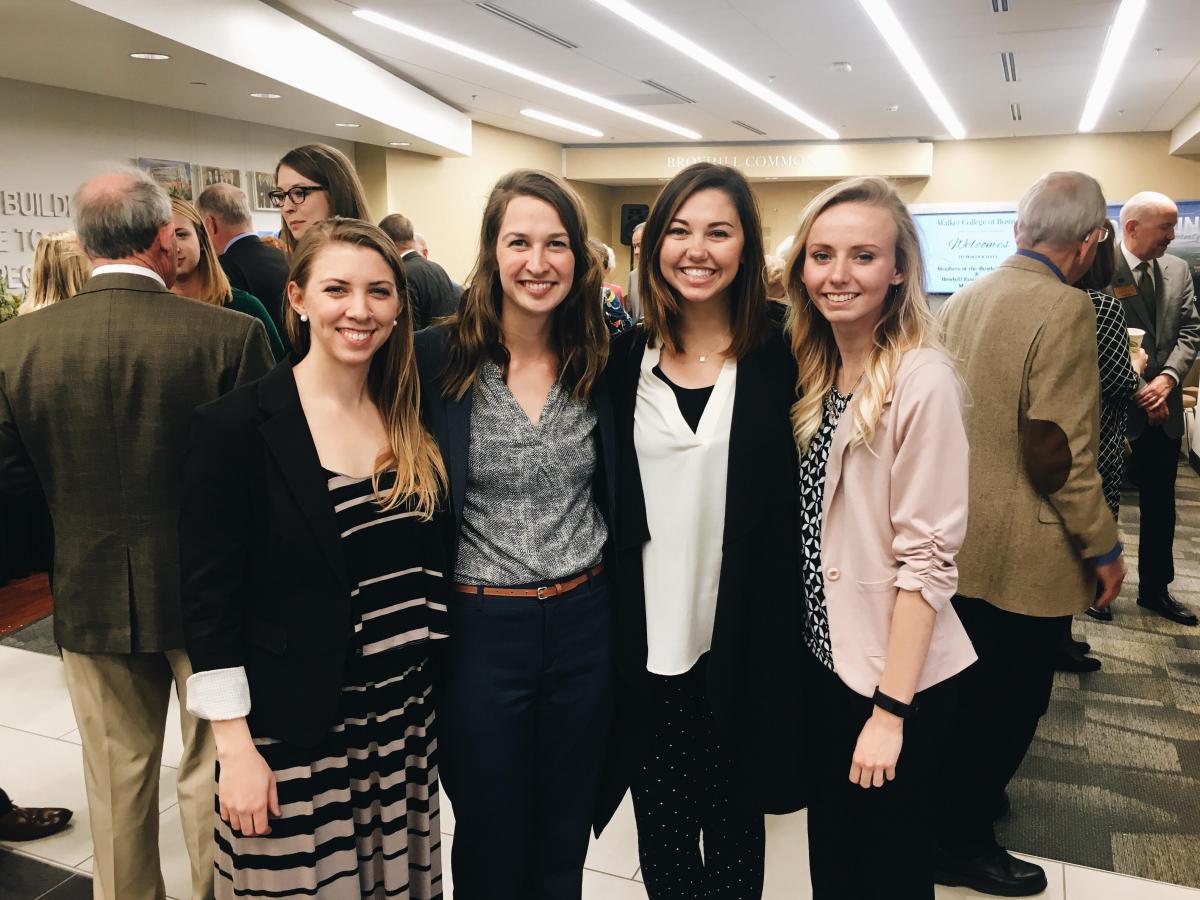 The goal of the project was to create a space that graphically displayed the success of the Broyhill’s business through the use of signage and graphics to illustrate the history in a timeless manner while captivating the student’s audience in the College of Business’ Broyhill Commons.  Throughout the design process, the students began with research and precedent studies, concept development and presentations to the client for final design documentation and lastly participating in the opening ceremony on March 8, 2017.

Senior Caroline Malak reported her favorite part of the project to be the charrettes. During these design charrettes, Chelsea Helms would give the students a few minutes to sketch their quick ideas on a blank version of the space. They would then pin up the ideas on the board when the timer went off and repeated the cycle multiple times. When there were many iterations on the board, they would analyze each one in detail, explain it and circle the favorite parts. Then a master copy was created from all the key ideas. “This was a great fast paced way to merge everyone’s ideas into the cohesive design that Broyhill Commons became. The final design really is a blend of all four of us”, Malak said.

Another key learning opportunity presented by this project was the experience in working with clients on a real life scale. Senior Sarah Dickert says “I enjoyed the challenge of this project because it was unlike a typical interior design project that we have done in school so far. The space planning of the floorplan was already installed, so we worked around that. We were tasked with designing the space around the Broyhill legacy and relationship with the Appalachian State to draw students in to read the boards about their history. Overall I enjoyed the change of pace and believe it better developed the way I approach a project” 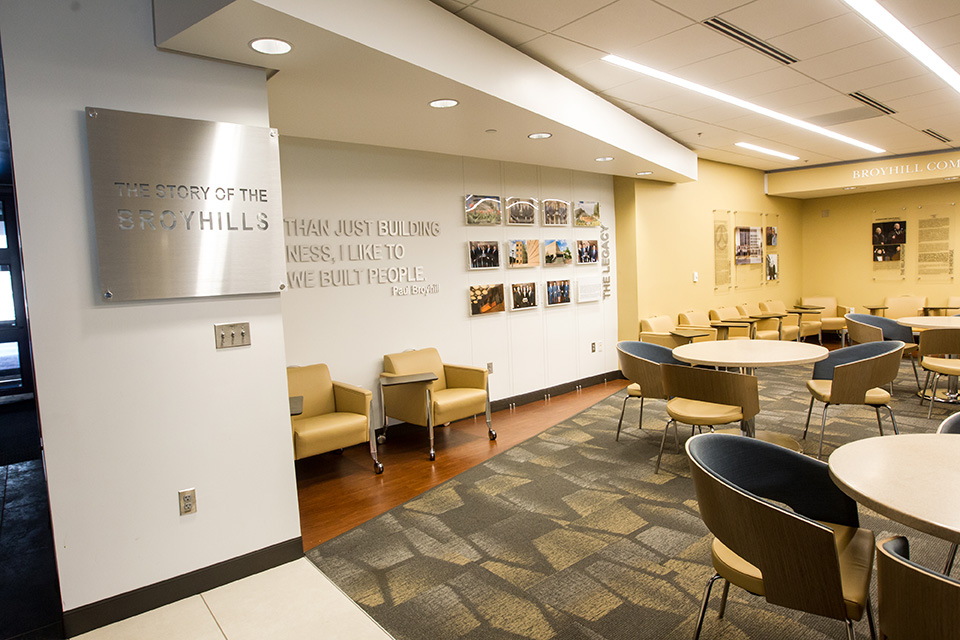 When the space was presented to the Broyhill’s, the family was pleased with the outcome. The design properly showcased their family history and success to inspire students. Members from the Walker College of Business, Department of Applied Design and Department of Sustainable Technology and the Built Environment attended the opening ceremony of the new Broyhill Commons. Attendees raved on the success of the design. 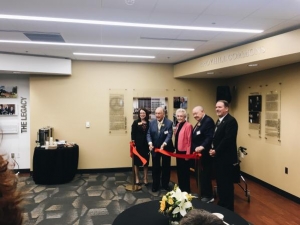 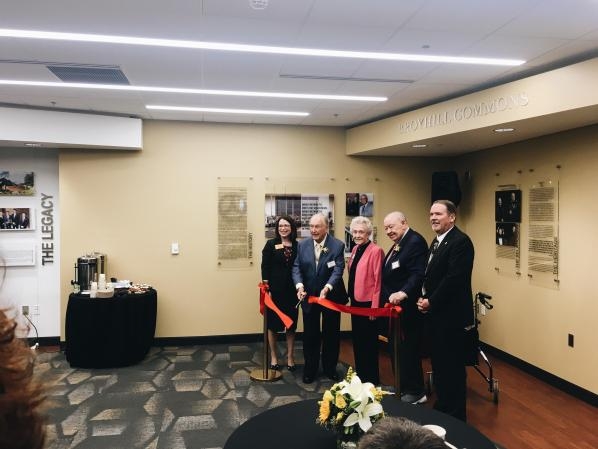 College of Fine and Applied Arts